Community service activities as one of the agendas of a series of events leading to the 66th Dies Natalis Unhas chose Toddopulia Village, Tanralili District, Maros Regency as the location for the service on Saturday, August 20, 2022.

Taking the theme “Let’s Plant Moringa for Healthy Communities and Prevent Stunting,” The activity which was attended directly by the Dean of the Faculty of Agriculture (Prof. Dr. Ir. Salengke, M.Sc) was warmly welcomed by the Regent of Maros (HAS Chaidir Syam, S.IP., MH) and the local community. 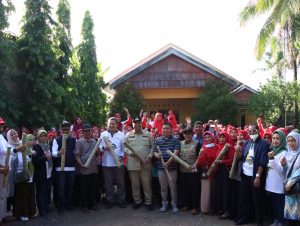 The Dean of Faperta Unhas did not expect to receive a direct response from the Regent of Maros and received full enthusiasm from the village community. He explained that Faperta Unhas continues to seek solutions that are beneficial to various problems that occur in the community.

“This idea actually appeared only about 3 weeks ago. We tried to understand what we could provide as part of agriculture that could help the local community, then the idea of ​​community service to plant Moringa came up. There are about 1,500 moringa stalks that we will plant and distribute to residents, each of which is planted in the yard,” he added.

Prof. Salengke also revealed that planting Moringa stems is the first step, while the second step will be carried out after the Moringa stems grow into a whole tree to be re-educated on how to process them. The goal of this is to enable the residents of Toddopulia Village to use moringa leaves as a source of community income, similar to how many communities in Indonesia do.

Chairir Syam expressed his gratitude in full for the charitable work done in Toddopulia Village. As the second-highest rate of stunting in children after Jeneponto Regency, he claimed that Maros Regency has a very high stunting rate, so for now, the target he wants to achieve at this time is to fulfill the nutrition of the community, especially children.

“We all hope that by planting Moringa, we can make good use of our yard, especially since it turns out that Moringa has a very high nutritional value,” he said. 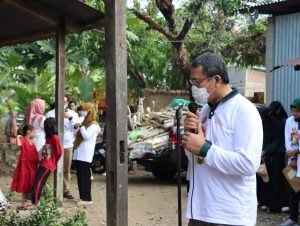 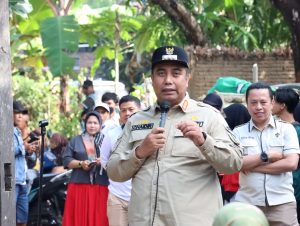 The activity continued with the handover of Moringa stalks by the Dean of the Faculty of Agriculture Unhas to the Regent of Maros and representatives of residents symbolically before planting Moringa stems which could be seen directly by residents.

Prof. Dr. Ir. Farid, M.Si as an agriculture lecturer, on the same occasion provided advice to residents regarding planting to the benefits contained in the Moringa plant. He explained that the cultivation of Moringa is very important given the high nutritional content in Moringa so that it can prevent stunting.

Furthermore, he explained about other benefits that can be felt when consuming Moringa, such as lowering blood pressure, blood sugar, preventing cancer, strengthening the uterus, and being used as a face mask. At the end of the event, Prof. Farid gave direct instructions on how to plant Moringa stems using polybags in order to get maximum results. 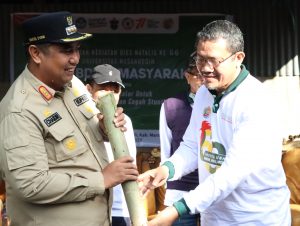 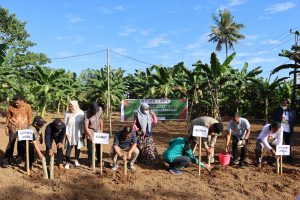